So Bangkok. Whatcha got…

We were staying at the Sokhothai hotel (see this post about how dope it was) and now that Songkran was “officially” over, we decided to make the best out of the day. The first thing I noticed about Bangkok was how friendly the people were. Really friendly. Some, a little too friendly to be honest. All in all, it was a good place to adventure, but do so with an eye of caution like anywhere else. For a point of reference: we mentioned to a chap at the hotel that we were going to a few of the main Wats (temples) in the old city… he said “ah… fantastic. Listen, when you get there you will meet people who will tell you they are closed. They are not. They are open.”

This took me by surprise. apparently they try to get you to come with them to their “tourism office” and buy a package to sightsee. This is useless as a) the temples are all open and b) you are to buy tickets you buy them directly from the temples. Basically people trying to make money off tourism. I found also the cabs, while ridiculously cheap in comparison to NYC standards, are real pushy about bringing you places. Many times I asked to go one place, only to be carted to another that was “much better my friend” than where I wanted to go. I will gladly pay NYC prices for a guy that knows how to get from Greenpoint Brooklyn to w 96th street Manhattan in a non-conversational 15 minutes.

Our advice? Stay clear of the taxi’s and hop a water bus. Traveling the river you get to see the old Bangkok, with some ancient buildings slowly being eaten by the Chao Phraya river. A mix of colonial French, classic Asian, and mixed urban utilitarian, Bangkok has a beautiful cityscape, something truly unique and sexy dressed in a lingerie patina of dilapidation. The ride was a few bucks, and took maybe 15 minutes, just enough to see the city and not get scheeved out by a “did the river just get in my mouth” moment. 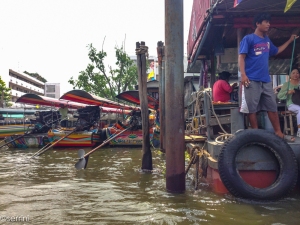 Docking near the Grand Palace, you enter into a network of slim alleyways and crowded market stalls. You know immediately you are in a foreign place and it is wonderful. 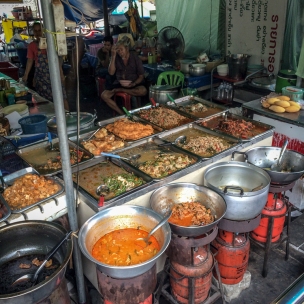 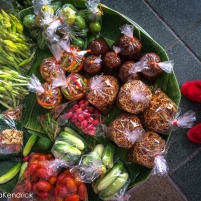 Making our way to the The Emerald Buddha Temple (Wat Phrakaew) we sampled some spices and some lychee which were amazing. For me it is always amazing to be in a living city, where the markets are functional and locals actually shop there, not just something meant to capture tourist dollars.

Not knowing really what to expect at the temple, I can honestly say my mind was completely blown. Expansive and intricate, building after building was a kaleidoscope of color, shimmering towers of glass and gems. Some that had the appearance of gold paint were actually thousands (millions?) of gold tiles. 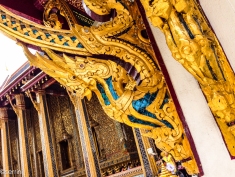 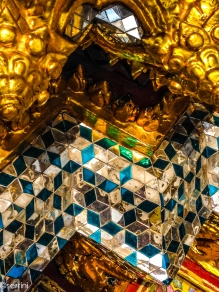 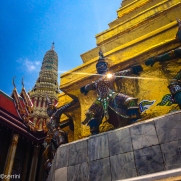 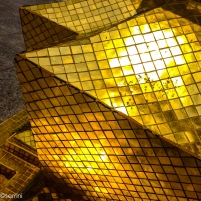 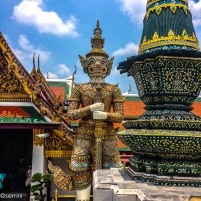 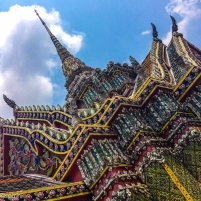 Well worth the hour we spent meandering from gilded tower to the next, we left feeling enlightened and ready to see more. I had heard of an “amulet alley” that was near the temple which grabbed my attention as it sounded like some real life Indiana Jones shit (cue music). We ducked out of the temple and northward and soon stumbled upon this fabled market.

The Thai people are highly superstitious (not many people openly wear dicks on their belt, but the Thai do) and the Amulet market feeds their higher power addiction. Tables upon tables of tiny amulets from all over the place flood this area as men with watchmaker loops study each one trying to find something of value. Some of these amulets can sell for nearly a million dollars if you happen to find the right one. Some are ancient, most are rare, and all of them are beautiful.

Moving on, and hopefully without any evil spirits in tow, we hit the waterfront again to get us some nibbles. Lotsa good food, fried rices and little crepe sandwiches, which we of course washed down with a redbull and Singha beer. 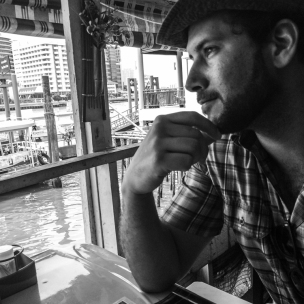 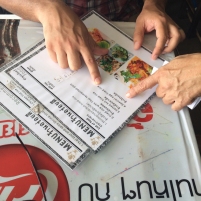 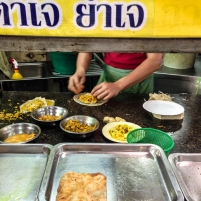 Heading back into the city we made our way to the Golden Mount which promised us a beautiful view of Bangkok. It is a temple that is built on top of a spiraled hilltop. As you walk up there are hundreds of bells and gongs that you bang along the way. Reaching the top the view is beautiful, almost as good as the breeze you get having escaped the tropical city heat. 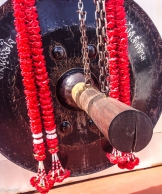 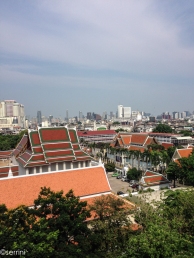 Inside we had our fortunes told by a little Buddha. First you lift a brass elephant with your pinky (donno why, but it’s always been my credo not to ask why one should lift brass animals, regardless of digit used) and then shake a can with popsicle-stick-like sticks in it. As you shake, one eventually rises to the top and falls out. It has a number on it that corresponds to a fortune written on the wall. Really quite lovely. We left, placed a lock like we always do in places we make a memory together and wish to return to eventually unlock it.

On the way back we walked through Lumphini park where protesters had settled in. I was told there was a bit of unrest, but until Lumphini I really didn’t see anything out of the ordinary. This was out of the ordinary. Thousands of people, hundreds of tents, a virtual city within a city of protestors. At the moment everything was quiet (it could have been, quite possibly, too hot to protest) but it was amazing to walk through the shanty town of resistance. A mixture of bulletproof vests and sandals paved our way back to the hotel. After posting that picture on Instagram I received a text from my mother 35 seconds later. I should have been a war correspondent. 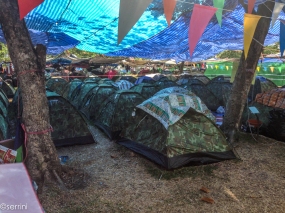 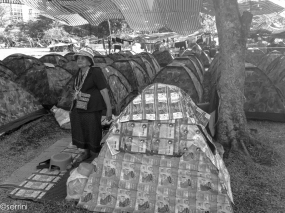 Another shower and the Thai’s idea of an espresso and we were ready for our final meal in Bangkok. We both had about our fill of local street food, delicious as it may have been, and decided to go decadent at an amazing restaurant called Issaya: 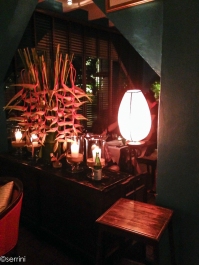 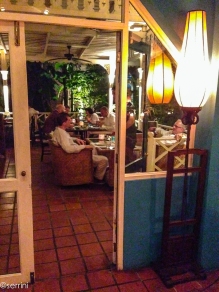 Being from New York, and having traveled extensively (sometime purely to go eat somewhere) I can say that Issaya was a world-class gem. It had in it all the elements that makes foreign haute cuisine a winner: a fusion of local tastes with a novel approach to classic dishes. Strange and wonderful, flavorful and extraordinary, the presentation as tasty as the food itself, and all in a setting that demands you post on instagram right away. I can’t say anything other than it was a perfect last meal in this amazing city.

The next morning on the way back to the airport our driver looked at us and asked if we were American. “I guess so” I said, never really knowing how to answer that, being from so many different places. “Ah America,” he said, “land of the free. You know, Thailand was called Siam about 50 years ago. But now we call it Thailand. Thailand means ‘the land of the free’.”