So, you got into photography because you want to impress chics (or dudes). Obviously. Well let me tell you something, you haven’t even scratched the surface of your game unless you own a HoldFast Gear Money Maker Dual Camera Harness. 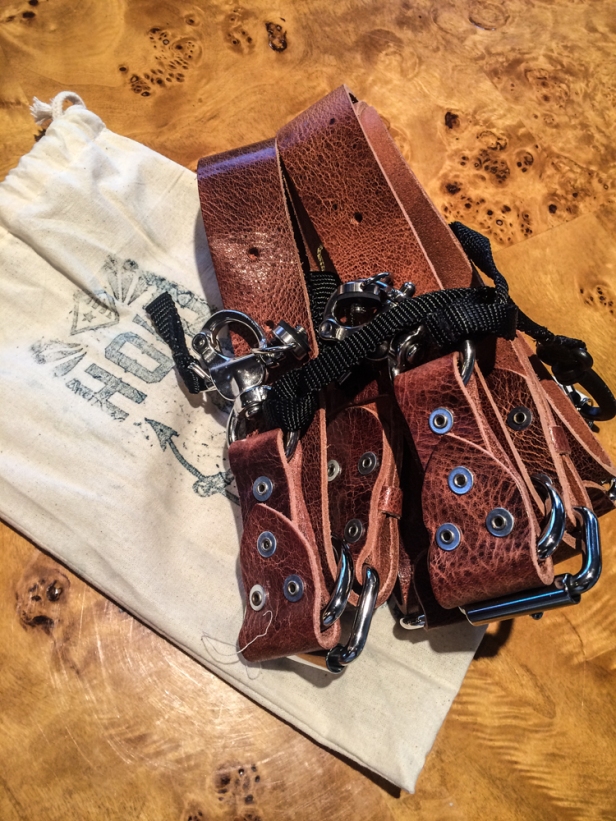 What is this? Camera strap or male lingerie? Well, it’s both. And yes, I sleep with it on. Frequently. 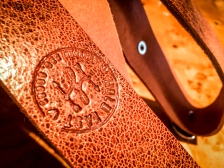 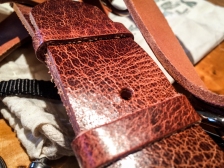 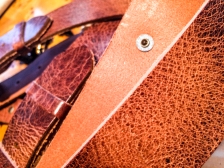 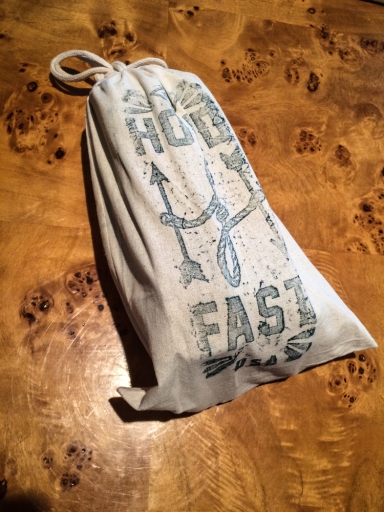 I first saw this little hottie in the wild at a wedding of two of my more fashionable friends (both are very successful creative directors for a very famous agency in Amsterdam, so you can imagine this wedding was designed within an inch of it’s life and was GORE-JUSS right down to the wedding photographer’s camera straps. Respect). I had never seen such a good looking photographer, ever. Rocking his Jack Spade with a perfectly argan oiled beard, he was drifting ever so elegantly between guests, cameras like pearl earrings (vintage) dangling ever so provocatively from his side. What was keeping them on his person was an amazing piece of hardware, that looked like it went into a cedar chest at the end of the night that he had whiddled by hand with his grandfathers bowie knife. GORE-JUSS.

Now, I’m not sure what I was expecting, and was somehow relieved that it was justifiably expensive. It should be expensive. Not only is it a piece of art on its own, but it’s holding your most fragile equipment (which makes me think that I’m not spending enough on underwear as I write this). My camera, with glass on it, is well into the thousands of dollars, so 300 bucks is nothing to have the privilege to hold my livelihood.

But how does it work?

Pretty damn well. Wearing it not only effectively take the burden off your neck and distributes it equally to your back, but you feel like a hard boiled detective who needs to go see about a dame. It comes in a variety of leathers, and finishes. I opted for the American Water Buffalo because, I mean, c’mon, just saying American Water Buffalo is a panty dropper. It looks like Theodore Roosevelt made the damn thing with his hands, and it’s so well built that you will probably opt to use it in a bar fight over a broken bottle. 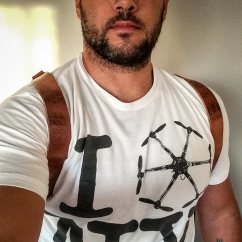 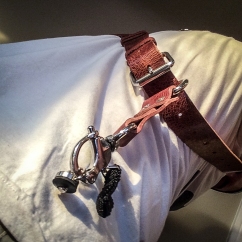 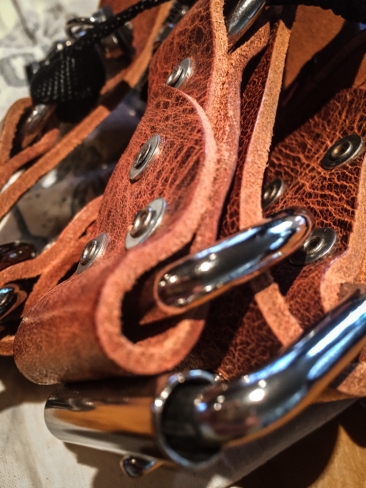 The latch that actually holds the camera is a solid piece of hardware. So solid in fact that you need two hands to release/attach it to the harness, which isn’t the greatest when you are used to the ease of a carabiner and bungie strap. That said, the confidence I felt having it securely attached to my side made up for the extra seconds of setup. I could easily ride my fixie to Blue Bottle, or print out a few flyers on my home letterpress without feeling like my camera would drop to the floor. 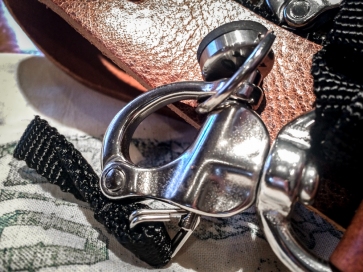 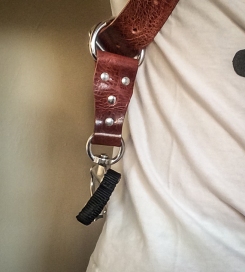 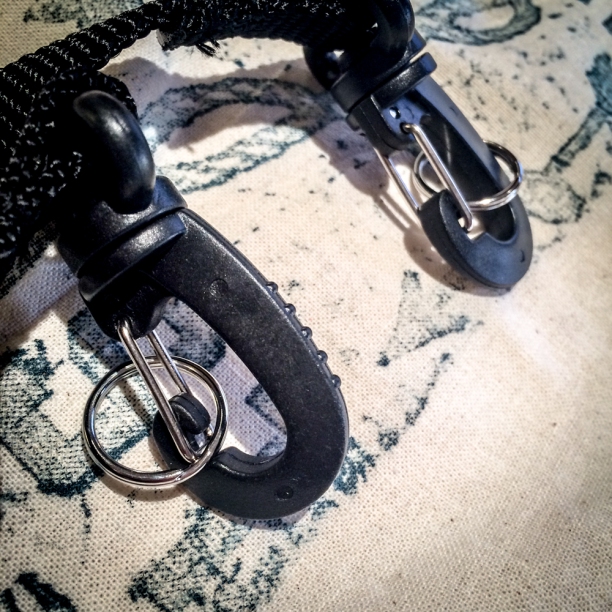 The action, meaning the moment of the camera from the passive to ready to shoot position, is pretty smooth and a perfect distance from your face. One issue I had, that I had read about, was that the ring can get caught in your shirt. This is true. I was wearing a cotton T-Shirt as it was laundry day, so perhaps the strap did not like it. I will try again with my selvedge denim bespoke dress shirt tomorrow. Perhaps a tweed had will make a difference. 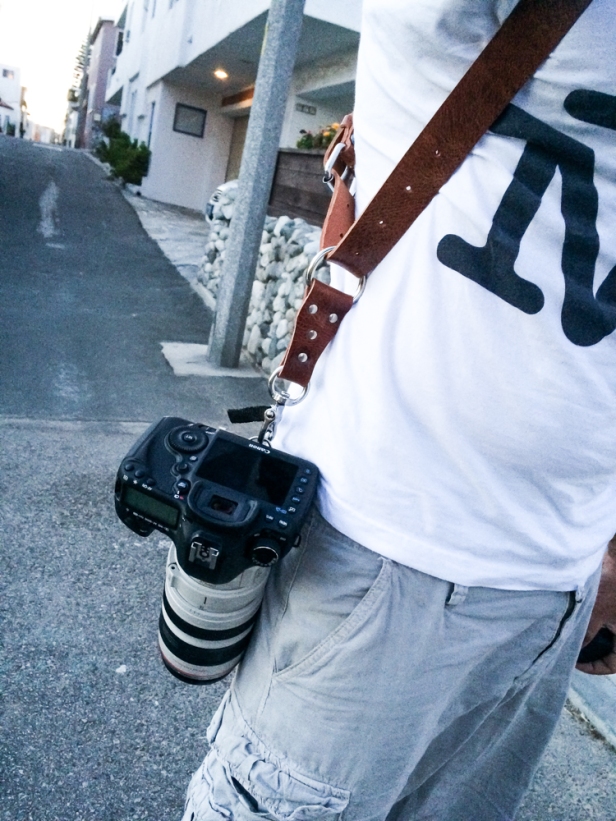 But honestly who gives a damn! Have you seen this thing? It should come with a case of contraceptive cause lots of people are going to get very pregnant. Everything about it is fantastic, and the only regret I have is that I didn’t own it sooner as I’m sure its only going to get sexier with time. Much like Monica Bellucci.

addendum… They also make SICK camera bags that makes you look like a sexy doctor from the 1860’s like you are going to cure someone with tincture of argan and a Zeiss CP2 macro. So sweet.

One thought on “Sexiest Camera Strap EVER.”