As a travel photog/writer/filmmaker, your gear is the way you communicate with the world (and feed yourself) so you are always looking for a “spork” … the perfect combo of tech that lets you capture everything you want the way you want to.

For me there needs to be a balance between film and photography, which makes it hard. Lots of full frame camera’s out there take great pics, like the 5D, but video is meh, where others, like the A7s, can do 4K and sick slow mo, but aren’t the greatest with stills.

Then there is the issue with size. Size matters people.

Here is a picture of me atop of Machu Picchu. See that camera? Thats the 5D with a 28-300 bayonet lens on it (if you dont know it, find it, it’s my little secret). Hey, see those camera straps? They’re leather, and sturdy as all hell (and reviewed them here). They need to be because that camera weighs 22 lbs. Cary that up 14,000 feet and try not to get your LCD fogged up with your panting breath and Ill buy you a drink.

So, on this new trip to Italy, where I will be touring for a month on my vintage ’71 R60/5 for a month, I wanted something new, compact, with bells, and yes, with whistles.

I considered lots of cameras, the a7 series, the rx1000 canons, but it was the a6300 that won out. You can check out the full specs at B&H where I picked it up, but my main draw was that it shot:

A) 4K
B) 120 face melting frames per second
C) 24 megapixel images with AF faster then anything out there.

Its also small. You need small. And it’s quiet. You definitely need quiet if you’re shooting from the hip.

Anyway here are some test stills I did last night in the East Village. I wanted to see how it handled just walking around, if the images are sharp, if the blacks are noisy as hell and if it even compared to a 5D with good glass. Overall it will suffice. One thing that sucks is that lightroom does not recognize the ARW raw files, which is a joke. A joke. Not sure who’s joke it is, Adobe or Sony’s, but c’mon boys, get on the same page. 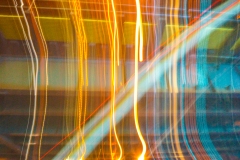 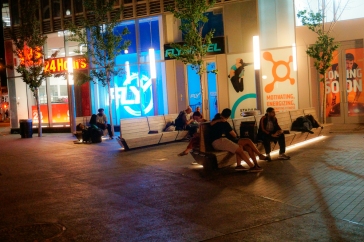 And here is a little test film. It’s 4K even though the 120fps stuff is HD. The HD is blown up. All in all it will get the job done, and at 1100.00 USD with the lens it’s definitely not going to break the bank.

Roberto Serrini is a professional traveler who records his adventures in word, photography and film. He is a staff writer for Get Lost Magazine, a senior contributor to Trip Advisor, as well as a commercial film director and drone pilot. His work can be seen at www.robertoserrini.com where he can be contacted as well.